American Society For The Protection Of Magical Creatures:

💬 Hint system provided below puzzle. Little bit of nudges reveals one at a time, until finally the solution.

🛒 If you PURCHASE GAME due to this blog, please give EscapeMattster.com a shout out! ;)

🔢 Ideal Team Size: 2. My partner joined later after my initial solo play, and everything made so much more sense!

🤷‍♂️ Best Fit For: Fans of Harry Potter, with silly humor, that are also inclined to animals and/or collecting.

🍵 Boils Down To: ASPCA meets obvious Fantastic Beasts homage. Throw in bits of Pokemon/TCG for seasoning.

😀 Overall Rating: A fantastic/al story universe to get lost in. More investigations in the future, please! 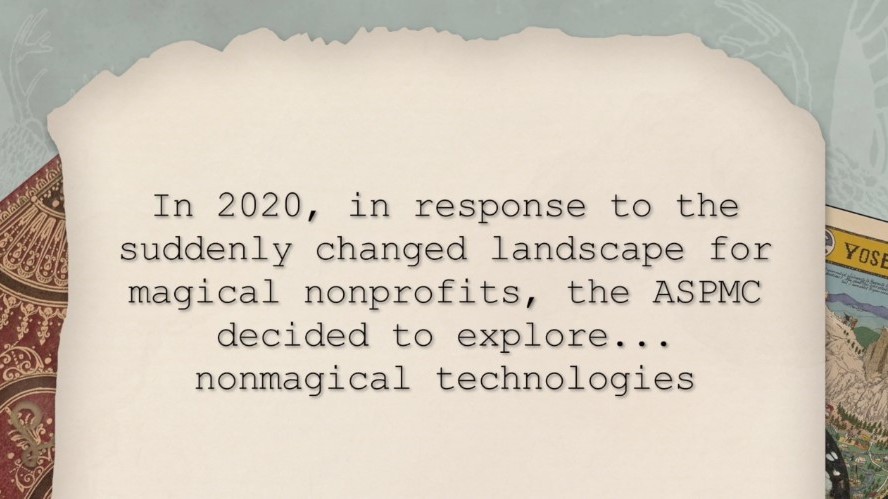 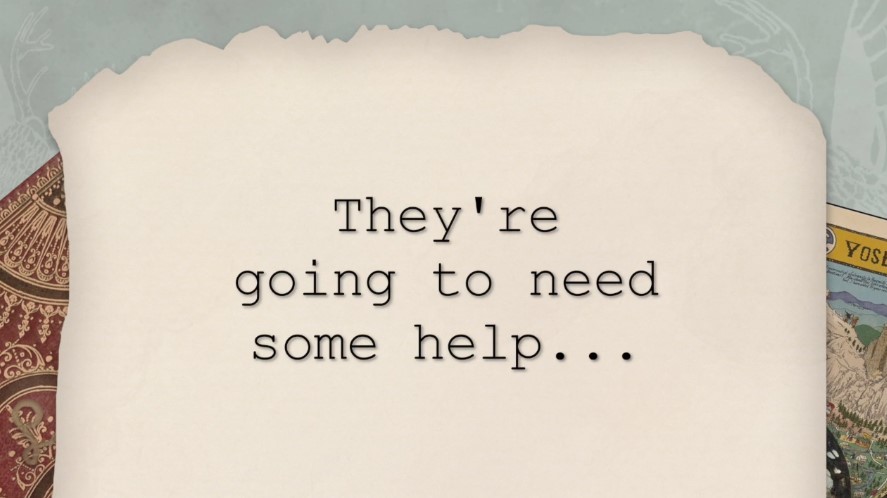 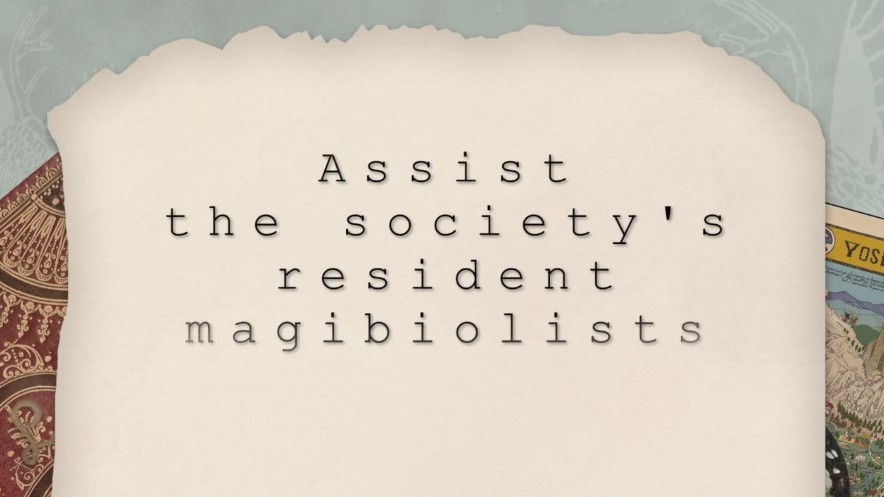 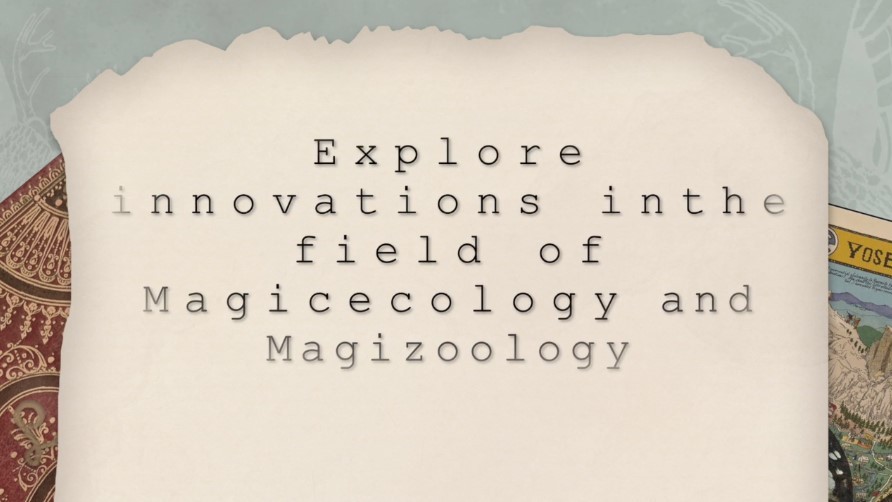 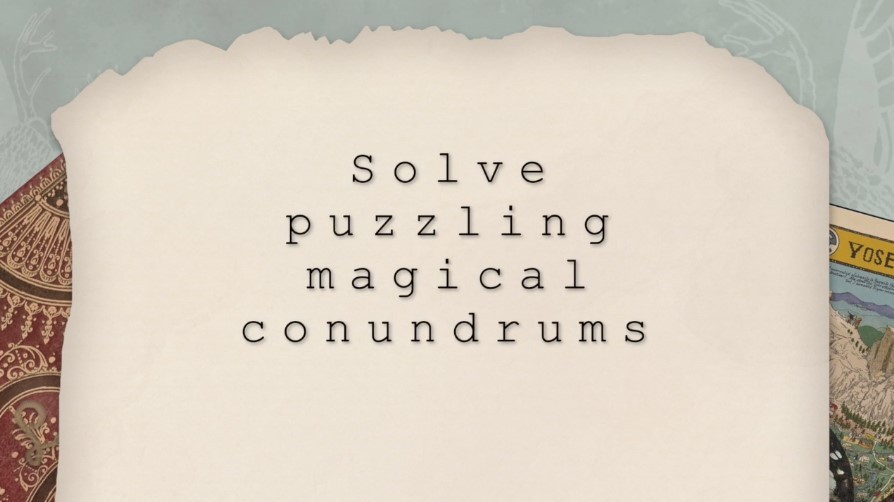 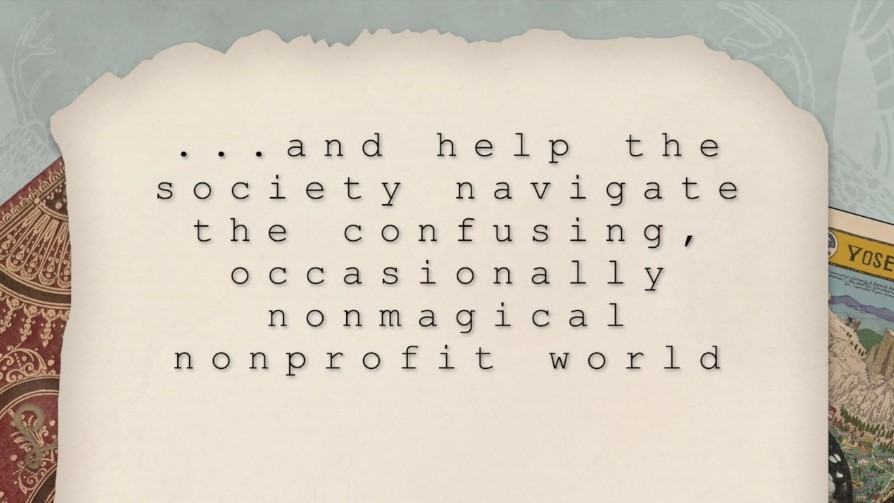 Emerson Bradley, long-time board member of the ASPMC is obsessed with research on the Moodus Markings, the unusual symbols that have been familiar for centuries in the woodland settings of the Northeastern United States. Join Emerson on his quest to discover the truth about the markings!

No stranger to the art of collecting and/or hoarding, Little Mattster collected stamps; and even to date, adult Mattster is still well under the spell of Disney pins, Pokemon, and in recent years, the "Fantastic Beasts" spin-off from the Harry Potter franchise. Not exactly objects to collect, the fascinating creatures from the films are still quite a sight to see. To mentally capture them into an album in my memory, a Beasts-Dex, if you will, is good enough.

Now that you've gained insight into the little mind of mine, you may now understand my attraction to ASPMC, The American Society For The Protection Of Magical Creatures, the puzzle game's equivalent of everything aforementioned. The obvious nod to "Fantastic Beasts" is deliberate, and unapologetically done so with delightful humor.

Let's start with the name: ASPMC, a supernatural, parody version of the real life ASPCA. Heh. They both share the same objective: to protect and conserve beloved animals, except, of course, the former is magical! The current archives feature over a dozen of documented critters, all printed on familari Magic Trading Card style data sheets: the beautifully translucent Curiolemus, the endearingly ugly-cute Dagnabbit, and my personal favorite, the "unbearably delicious when boiled and generously buttered" Rock Lobguin. (I'll take a half order, please. Extra butta!)

This game amused me to a smirk before it even began.

Storytelling • A Gathering Of Great Minds, Ours Especially

The organization's first investigation, "'The Mysterious Moodus Markings", follows scholar Emerson Bradley's obsession with strange, shimmering symbols that have appeared in woodland settings for ages, dating back as far as 200 years ago! Two whole centuries in the making, and yet none has managed to uncover these peculiar markings' true origin.

These magical folks may know how to cast a spell, but they sure suck at solving mysteries! But that's about to change, because ASPMC has finally hired the critical help it needs--from non-magical folks like me! And you! The lovely players!

A foreign language baffling many, the Moodus Markings lead the players deeper into research, therefore requiring interaction with authoritative figures in various fields: a linguist, a magizoologist, an alchemist, and an Egyptologist. Each intellectual helps with a particular aspect of the cryptic marks, gradually developing an interwoven narrative, step and step closer to the ultimate reveal. (A magical creature at work, perhaps?!)

A systematic, non-linear, and effective mode of storytelling, the above framework works well, and is easily digestible especially when spread over a few separate game sessions. "Moodus Markings" tells a simple but captivating enough story about the discovery of a fabled avian, against a magical story universe backdrop that is not often utilized in the puzzle market today. In other words, this isn't just entertaining, but also refreshing.

(Bonus: Those brilliant enough to crack the case shall be rewarded with a rare... Err... data sheet. WAIT A MINUTE! Even the game officially calls it a card! All right, Green Door Labs, let's aim to publish an entire rare expansion set!)

Puzzles • A Research Effort Of Many Branches

The story of "Moodus" does not exactly derail from what one may logically expect, but the puzzles accompanying along the way are charmingly random. Not a single challenge presented itself as something mundane or trite, or common tricks an escape room or puzzle game fanatic can see right through within minutes.

Wonderfully, I really did feel like I was embarking on an actual research mission, doing everything from perusing over presentation notes, attending Eventbrite online lecture, to doodling on a children activity book. (Yeah, somehow, they made that work.) Due to the varying nature among the different specialties, each puzzle conveniently and completely switches gear, whether it be subject matter or game format, rendering a puzzle journey that never feels boring.

Stripping away the outer layer of magical world theming, Green Door Labs serve up a great variety of riddles for everyone's tastes. Some are visual based, some necessitates the participants to draw, and some involve fiddling around computer technologies, summing together into hours of perplexing fun.

I did find one particular logic puzzle less than perfect, partially due to the designer's admirable and persistent effort to ensure everything is written within the character and spirit of the story universe, but inadvertently, some wording has gotten lost in translation. While the clue sounds poetically mystifying to the ears, it was confusing and even just plain misleading for the brain to solve. Overall, it's a case of cute idea, but misstep in execution.

Production • A World Of Magic And Remarkable Talents

The production value aspect of this magical quest is no less impressive. Since your investigation technically requires collaboration and assistance from field experts residing across state lines, you will "communicate" with them via video call, ie, there will be plentiful usage of pre-recorded video clips.

The animated actors bring forth energy and enthusiasm that really liven up the experience. Each individual actor has their own flair, adding much personality to each scenario. However, the more seasoned cast outperformed those less experienced, who are occasionally seen reading off cue cards; perhaps, this is something later episodes can improve upon.

Lastly, I also want to praise supporting props like the incredible art and authentic looking websites. There is absolute no hard requirement for the ASPMC to have documented so many creatures in the archives, and yet the team has gone above and beyond to prepare a setting so richly illustrated. Similarly, the aforementioned web pages (eg, Eventbrite) are fun, psuedo-authentic connections to the real world the help further blur the line between fantasy and reality.

ASPMC, first conceptualized by Green Door Labs, is actually a sandbox structure for players and creators alike to try new things. Brand new talents will be recruited to create future cases, and they have much potential to introduce the audience something of the a different flavor, even within the same universe, owing to a diverse array of creative control.

And for that reason, as much as I have enjoyed the pilot chapter, I am just as excited to cover the upcoming second investigation! (And snag myself another rare trading card. Yup. Can't forget that.)

★ What I thought was a ridiculous guess for the final puzzle turned out to be 100% correct. Never discount your instincts!

⤻ All media credited to and provided by contents owners. No copyright infringement intended.